Why incorporate in China? 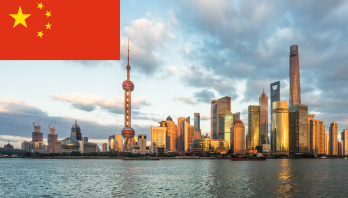 China is situated in the East Asia covering an area of approximately 9,600,000 square kilometres. It borders in the north by Russia, Mongolia; in the north-west by Kazakhstan; in the west by Tajikistan; in the south by Afghanistan, Pakistan, India, Vietnam, Nepal etc.; in the north-east by Korea.

With a population of 1.36 billion, China is the most populous nation in the world. The major cities are the capital Beijing, which is the political and cultural centre, and Shanghai, which is the largest industrial, commercial and financial centre. Other important cities are Guangzhou and Shenzhen in the South, Fuzhou on the coast opposite Taiwan and Tianjin near Beijing in the North.